This morning I was scrolling through Facebook and came across a recommended video about Bomba socks. They’re a sock company that decided to make really good socks so that they could sell a lot of them and donate an equal amount to what they sold. Socks are the least donated article of clothing to homeless […]

Of Hiking and Friends 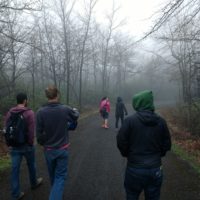 Good morning, friends. So, I did write on Friday, I swear, but apparently I didn’t post what I wrote. It would be silly to post it now, as it was very time oriented, so we’ll just skip it and move on. This weekend we played host to a friend of my husband’s and his girlfriend, […] 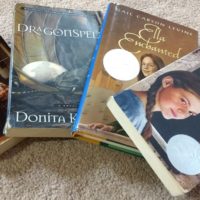 My little cousin turned eleven this year. I’ll admit, it took me a while to accept the fact that it’s been almost eleven years since I walked her around the yard to keep her from screaming. Once I came to grips with the my own mortality and the fact that I’m becoming that person who […] 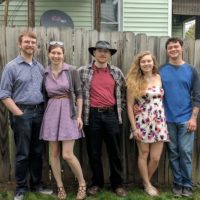 Good morning, friends. You know the drill by now, let’s jump right in. Friday My husband almost didn’t have to go to work and then he did. Have I mentioned I’m not a fan of his management right now? Anyway, he did have to go in on Good Friday, a day the whole company had […]

My History of Easter Traditions

When I was a kid, Easter was the second biggest holiday on our calendar. While Christmas obviously took the cake, Easter was also a big deal. There were big celebrations and events at Church, Palm Sunday was commemorated with big musical productions, we even had a donkey one year. Some of the stuff, I’ll admit, […] 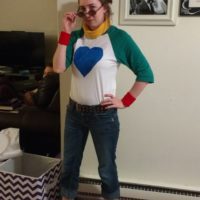 I have always loved dressing up. I loved acting growing up because I could dress up and become someone I wasn’t, I loved Halloween because I got to pick a new costume every year. Sure, I picked the same costume three years in a row, but that’s beside the point. I have always loved costumes, […] 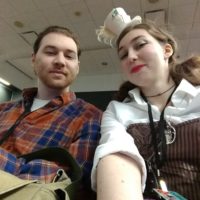 Hi, guys! I don’t know that I’m going to get this up in the morning, since I slept in much later than normal. In my defense, it’s been a very long weekend. It was Tekko weekend! Tekko is an anime convention that happens annually in Pittsburgh and for the past three years now, my brother […]

Of Musicals and Moving

Good morning, dear friends! I hope all of you had a lovely weekend full of fun adventures and relaxation. We used to enjoy free weekends, now we have all the things again. Every weekend in April holds something and some hold many things that we want to go to and can’t manage all at once. […]