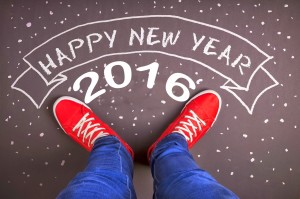 We made it, guys! We’re in 2016, which feels exactly like 2015, but colder. Winter, it seems, has finally caught up to us here in Western PA and snow covers the hillside outside my window, albeit lightly. I’ll take it. I’ve been waiting for the weather to act appropriately all December and now it’s January and it’s finally catching up to itself. Which, I guess, is a pretty good way to kick off the new year, a few days in. And after Lauren drove all the way back to Indiana for college. That’s important too.

So here we are in 2016 and I feel like I should be doing a lot of new and exciting things and switching things up and so on and so forth and I started by sleeping in today. That’s a lie, I just wanted to sleep in, it had nothing to do with wanting to make changes to things and everything to do with my lack of self motivation. But seriously, there’s something about this time of year that has everyone trying something new, something bold, something different. There are so many people writing out New Years resolutions and so many other people proclaiming that they are going to be the same obnoxious human they were last year. I doubt that’s new to humans in general but it’s much more present with Facebook and memes being a thing. Anyway, I never make new years resolutions. I never saw the point in saying I would try to do this or that and make a change just this time each year. I guess it’s a good starting point, it feels right or something, but I do that all year round, so why put any special emphasis on this time? Despite that sentiment, I do have some things I want to try and do or be better at this year. They’re the same things I’ve been saying for months now, but you know, it’s new years, so I can tell you all about them.

The big one that I guess is time sensitive is getting back into yoga. I haven’t been doing any for a few months now and I’d like to get back to it for winter. I was running when the weather was warm but after Thanksgiving and being sick and then the holidays hit and even though it was warm enough still to go running, I didn’t have the time, energy, or lung power for that. So I decided, since yoga went so well for me last winter and I really don’t want to run in the cold and snow, ever. I would just switch to yoga for the cold months and then back to running when it warmed up again. The only hard part now is getting back into yoga. I feel out of it because I encountered some issues. 1. I burned out trying to do it every single morning for a month and after that it’s a little hard to get back into. 2. I discovered that I should probably eat before doing yoga in the morning or I get light headed. This is the more complicated problem as if I don’t do it first thing and I sit down in my comfy chair with a cup of coffee instead, I’m going to stay in the comfy chair and think about doing yoga all day until my husband gets home when I’ll give up on yoga and switch to dinner. I can’t be trusted once I sit down most days. The other issue is we’re not big on easy breakfast food. If I had a thing I could just grab and down to give me enough sugar to get through the morning exercise I’d be good, I think. But my husband tends to do the shopping now because the Aldi’s is right next to his work and he can just swoop in and save all the money and come home. It’s great, but unless I know exactly what I want and remember to tell him, it’s not going to exist in our home.

The other thing about starting yoga right now is the fact that I am so sore right now. I know I’ll be less sore in a couple days but right now moving is not my favorite. Logan and I went climbing with some friends on Saturday and it was so much fun, but worked muscles I probably haven’t used since college. My arms, my legs, my core, all of it is pretty sore. I’ll be honest, I kind of like the sore. It means I did a thing and it was awesome, usually. Exercise sore is a good sore. Other sores are not so good. Anyway, we also kind of want to get into climbing more. We always have a good time when we go out with the Comins, climbing and in general, and we always say “Hey, this is great, we should do this more,” and then life happens and we forget about it. We need to get our own shoes first, of course, which is a little bit pricey for both of us, and then a crash pad is a thing we might want at some point, for going out to parks and climbing, but I’ve wondered way off where I was going with this. The point is, I’m sore from climbing and that makes starting yoga right now not super appealing, and also we want to take up rock climbing this year.

There were other things, too: I’d like to be better about doing my devotions, I’d like to try and do more series on the blog, I’d like to find a place to live by the end of February, you know, that sort of thing. But I’ve gone on much longer than I had anticipated with the yoga and the climbing, so we’re just going to move on now. I hope you all do well with whatever new years resolutions you have made and have a very lovely 2016! I’m pumped to see what this year will bring. Have a good year, dear friends.