A Girl in the Game: Rune Factory

Much like Harvest Moon I greatly enjoyed the spin-off Rune Factory: A Fantasy Harvest Moon. It basically combined two of my favorite things: Fantasy and Harvest Moon. My friend Courtney found this one and, considering getting it herself, asked if I would check it out first. Emulator in hand, I played through the third game in like a week. This is one of those games I’d like to go back and revisit, when I have the time, in proper order. Starting at the third game was not the best choice. Rune Factory has all the elements of classic Harvest Moon with an added twist of monster fighting and adventure thrown in. I’ll admit that out of the like six games they have now, I’ve only played through the third, but I really enjoyed it when I played. So I’m only going to talk about that one, but I feel it’s important for what’s coming up next.

So Rune Factory, much like Harvest Moon, starts with a new comer entering a community from outside somewhere. In this game, however, you’ve lost your memory and the townsfolk generally take pity on you. You’re given a house with some land to farm and some stuff you need for that. Still similar to Harvest Moon you can go out and fish or mine once you have the tools and make money that way. There are festivals throughout the year and you can go into the village and interact with the people there, make friends with them and even get married eventually. And that’s where things start to diverge. In Rune Factory you can still win “friendship points” by talking to people and giving gifts, but you can also go on quests for them. A bulletin board in town will hold a list of things the villagers need done and you can chose one and go do it, coming back to the person who requested it for a reward and friendship points.  You also can’t buy animals to live on your farm, you instead befriend monsters. That’s right, there are monsters. 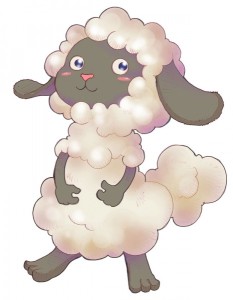 So you leave the town, with some kind of weapon presumably, and you find monsters. They tend to be animal-esque and do similar things. Wooly’s drop wool, buffamoos drop milk and so on. So you tame your monster friends and bring them back to your farm to hang out and produce stuff for you to sell, and you can also bring them with you in your party as you adventure. So basically they’re better than having regular animals. You can also fight monsters in the wild to buff up your experience and get items that way. You’ll need the experience. The world is a dangerous place and this is a fantasy game, after all.

Unlike Harvest Moon, which has a constant map with one or two places outside your farm and the village, Rune Factory has places for you to discover and unlock as you go. You start with one dungeon, which can be anything landscape really, and you fight your way through that, explore the lay out and find your way through to the boss, whom you then hopefully kill. Once you’ve defeated the boss, you’ll have to work to unlock the next dungeon, but that’s okay cause it gives you time to level grind and collect resources and do quests for villagers and stuff.

With all these elements Rune Factory actually has a plot to play through. As you go through the dungeons you slowly regain your memory and learn about yourself.  In Rune Factory 3 there’s conflict between people who are part monster and normal people. Through your interactions with both parties as the game goes on you can bring harmony to the two sects and happily “end” the game. Like Harvest Moon, though, you don’t have to stop playing with the plot is done. You can continue playing as long as you want, have kids, and be part of the community. In some games you can only have one kid, in 3 you can have up to three.

I loved Rune Factory. It was awesome to have all the elements of Harvest Moon that I enjoyed put to an actual plot that I could play through. It was more satisfying to build up my farm and my relationships while advancing an over-arching plot and making a real difference in the community I’d become a part of. The art is really pretty too, for the character pictures, in a more classic anime style. So if Harvest Moon seemed intriguing but a little bland for you, go check out Rune Factory. I think you’ll like it.