This is The Memory Palace 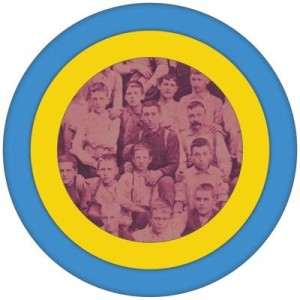 As you all know, I’ve been listening to podcasts a lot this summer. Early on I discovered The Memory Palace via Stuff You Missed in History Class. They mentioned the other podcast in a few episodes, recommending it for it’s short length and historical story telling. I was intrigued by both the prospect of another history podcast and the name, linking it immediately to Sherlock. So I picked it up one day and have been hooked on it ever since.

The Memory Palace is a podcast done by Nate DiMeo, who I thought for the longest time was Matt DiMeo. And by “for the longest time” I mean until this morning when I went to see how he spelled his name. I may spend the day listening back through the archives so that I can listen closely to how he says his name and try to figure out how I went wrong. Anyway, DiMeo started posting The Memory Palace in 2008 and has spottily updated it ever since, that is, until this summer when he decided to turn episodes out in seasons. I’ve enjoyed an episode a week for the past two-ish months, it’s been great. I always get super excited when I see a new episode up. Though the last episode of this past season went up earlier this week and so I’ll have to wait until the fall for another new one. This is one of two podcasts that I get genuinely excited to see updated. The other being Lore, by Aaron Mahnke, which I like for its similarities to The Memory Palace.

The Memory Palace tells stories, which is my favorite part of history. DiMeo sits down with an event or a person and tells the story of what happened to them. Sometimes the story is as short as  two or three minutes, simple and sweet and to the point. Lately they’ve been getting longer, the last one taking 20 minutes to tell the story of the man slated to be the first black man on the moon by Kennedy. The stories are always human based, even when they’re about events. The story of the Ferris Wheel focuses on the people building the worlds fair and the people who first rode it. Those brave enough, that is. DiMeo talks about the feelings they must have had, and how we’ll never get to experience that sense of wonder and excitement. We’ve experienced it too many times to be awed anymore. DiMeo often tells a story from two sides, the side of the mountain men, trapping beavers to make top hats for wealthy city gentlemen, and the side of the gentlemen who so desire the furs until a silk top hat appears on the scene and suddenly, that’s all they wanted.

In his latest episode DiMeo asked his listeners to share the podcast with a friend, share a link, tweet about it, maybe put it in skywriting. While I can’t do any skywriting, I can share it here, with you. This is an awesome podcast, maybe my favorite podcast, and you should all check it out. Some episodes are very short, some are a little longer, but they’re never over 30 minutes, I don’t think. I recommend ‘Crazy Bet‘ episode 40. That’s my favorite. ‘The Brother’s Booth‘ is a good one too. Just go listen to all of them. They’re all pretty great. You’ve got a few weeks to catch up before the new season starts, so check out The Memory Palace; I promise it’s well worth a listen. .

‹ Here We Go The Farki are Going Camping ›